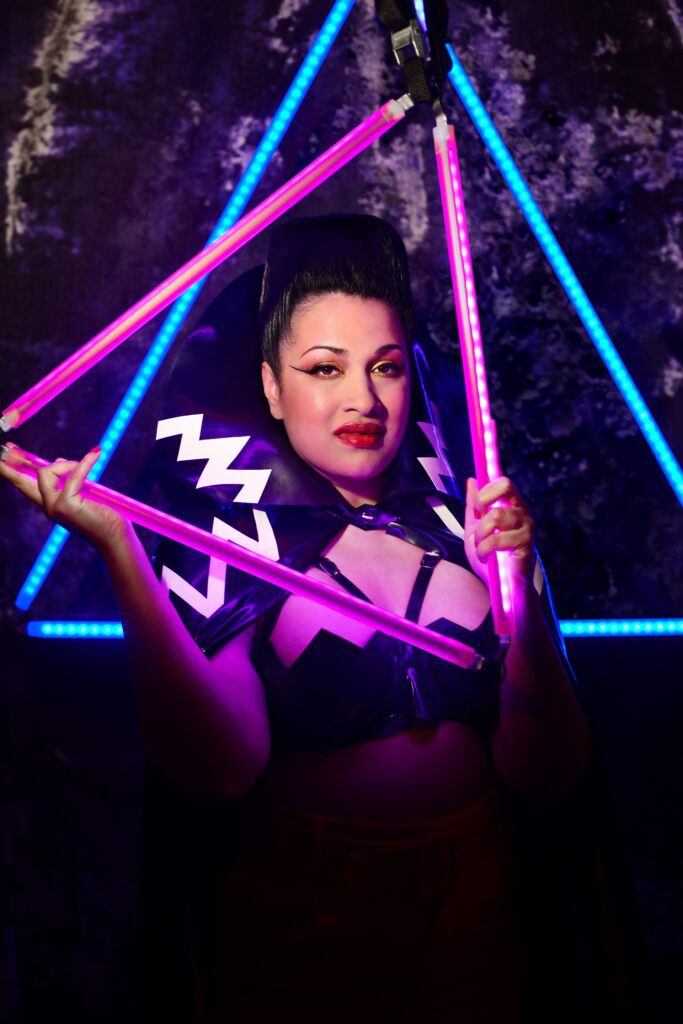 BISHI is a singer, electronic rock-sitarist, composer, producer, and performer born in London of Bengali heritage. As a multi-instrumentalist, she has been trained in both Hindustani and Western Classical styles and studied the sitar under Gaurav Mazumdar, a senior disciple of Ravi Shankar.

BISHI has independently released two albums and several EPs on her own label Gryphon Records to critical acclaim. She co-produced her third album ‘Let My Country Awake,’ set for release in October 2021.

A passionate advocate for inclusivity in the music industry & the gender equality of women in tech, BISHI has been a broadcaster on BBC Radio 4, and is currently an ambassador for the Featured Artists Coalition and an ambassador for Imogen Heap’s Creative Passports. Bishi is on the board of directors for The F-List.