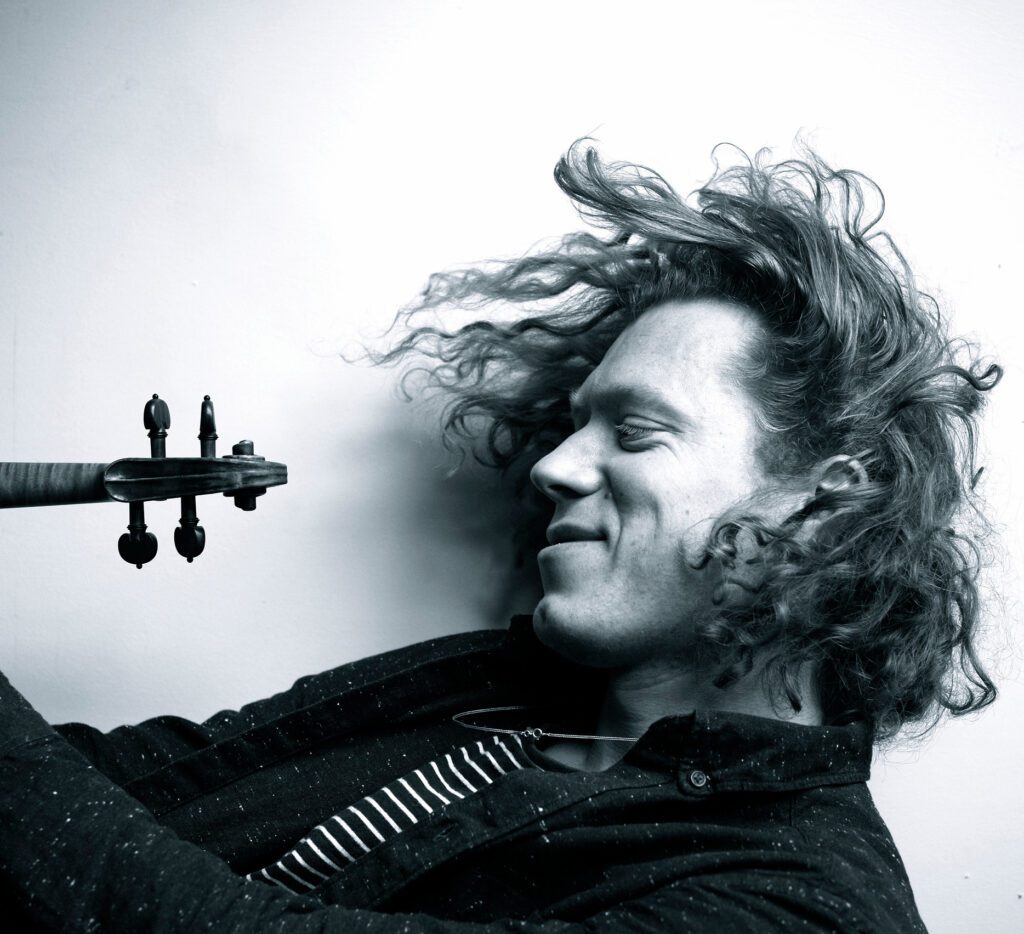 A graduate of the Yehudi Menuhin School, Cambridge University, and Berlin’s UdK, British-German violinist and violist Max Baillie is sought after as soloist, chamber musician, and orchestral leader in the UK and abroad.

As regular guest-director of Swiss chamber orchestra CHAARTS he has toured with artists including Mischa Maisky and Fazil Say, in Switzerland, Germany, and China, and has recorded for Sony and Berlin Classics. In February 2021 he went to Glasgow to direct a socially-distanced meeting of the Scottish Ensemble in Glasgow, including music of his own.

Max plays in ZRI, a quintet drawing together the folk and gypsy influences in works by Brahms, Schubert, and Janacek, and which was inspired by the Red Hedgehog Tavern: a Viennese gateway to the East as well as a favourite drinking hole. Together they have played at festivals across the UK and in Europe and most recently appeared as featured artists and on Swiss radio at the Boswil Sommerfest. They also tour their own live score to Charlie Chaplin’s early classic ‘The Adventurer’. ZRI looks forward to releasing its 3rd album later in 2021. Max also founded Lodestar Trio with stars of the Scandinavian folk scene Erik Rydvall and Olav Mjelva, exploring Baroque music through the meeting of violin, Swedish nyckelharpa, and Norwegian hardanger fiddle, and with whom he will record the group’s debut disc for a brand new flagship series of releases for Naxos later in 2021.

Max is a regular at chamber music festivals, which in the last few years have included SoNoRo in Romania and Italy, Natalie Clein’s Purbeck International Chamber Muisc Festival, Lawrence Power’s West Wycombe Chamber Music Festival, and plays regular duo concerts with his father, cellist Alexander Baillie, including touring the Brahms Double concerto with national orchestras of South Africa. For almost 10 years Max has played with Notes Inegales, an innovative contemporary music and improvisation group which invites diverse musical guests for each of their club nights near Euston, including regular slots for the London Jazz Festival.

Max is one half of Sonnen, an experimental electronic music duo with Vahakn Mattosian which has just taken part in Snape Maltings’ Festival of New in February 2021 following their residency last October.

Max is a Bach fanatic, and particularly during lockdown has been working on a series of videos of performances, re-imagined versions, and re-visualisations of Bach’s solo works for strings.